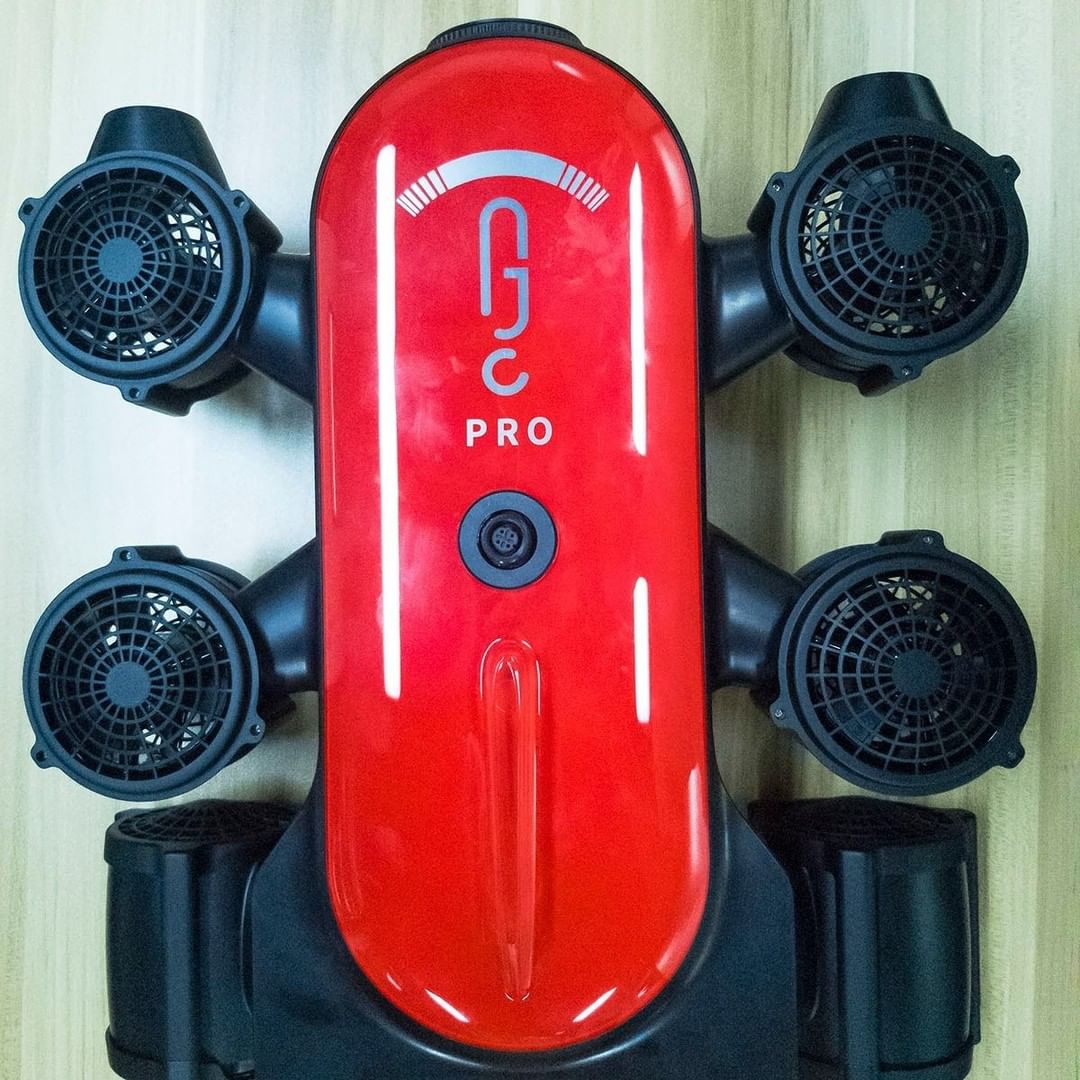 Pretty exciting, Geneinno has just released a new photo of their Geninno T1 Pro on their Instagram, which I hear will have a 1 2/2.3 this time, go deeper, and do everything the Chasing M2 can do, which possibly means replaceable battery and removable SD card as well.

If you notice in the photo, it's the same body style as the T1, but with thruster covers, and a red colored top instead of orange. Looks sharp!

I enjoyed using my T1 that I ended up selling, but I do have to say because the thrusters stick out more than the Glaidus Mini, the tether did get wrapped around them from time to time. You don't get that problem with the Gladius Mini, however, I do remember a T1 owner making this tether router to prevent than, may Will from Geneinno can take notice and incorporate this feature into the T1 Pro, very easy fix.

I still haven't decided what underwater drone I'll be buying, but I'll definitely consider Geneinno again after seeing this new photo of their next generation underwater drone. I hope they've improved the stability when the claw is attached, considering their new claw I think has added buoyancy now or it's more lightweight. There was a few complaints from owners that the T1 would lean forward too much when the old claw was attached.