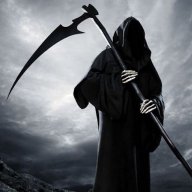 So have you decided on what to buy yet?
W

hold on if you want the professional underwater drone, the robotic arm is not the end!

DarknessFalls said:
So have you decided on what to buy yet?
Click to expand...

Yeah I bought the Chasing M2, I'm gonna be broke! But I want to get my underwater expeditions rolling on my YouTube channel, as well as posting my videos on this forum. I plan on attaching a store to the forum soon, for underwater drone parts, for those that like building their own ROVs. Hopefully help support the forum financially.

Been out fishing lately, the fish flies hatched out on Lake St. Clair, so fishing slows down. I plan on doing some musky fishing, but I would like to get out and do some underwater filming!

How ya doing DarknessFalls, I've been keeping an eye on the forum still, kind of went dormant, still getting a few people to register. I'm sure with time we'll get more people on here, damn Zuckerberg and social media. I miss the days when forums were thriving!

The forum for Lake St. Clair used to be thriving, used to be a cool place to go for boaters and fishermen a like, turned into an absolute ghost town. Now the only forums that seem to be doing well are drone forums and other technological niche oriented hobbies. I've seen some of the car forums still doing well, which I used to own a muscle car forum because I was into racing and cruising for a bit, cars are too damn expensive though, lol.
Last edited: Jul 19, 2020
You must log in or register to reply here.
Top