Well QYSEA just revealed their new radical underwater drone at the 2020 CES show in Vegas and boy was I surprised! Someone recently uploaded a video on YouTube, but it was all oriented in Russian, so I did some searching on Google with the "W6" name and luckily an article popped up discussing the near features this ROV has to offer. 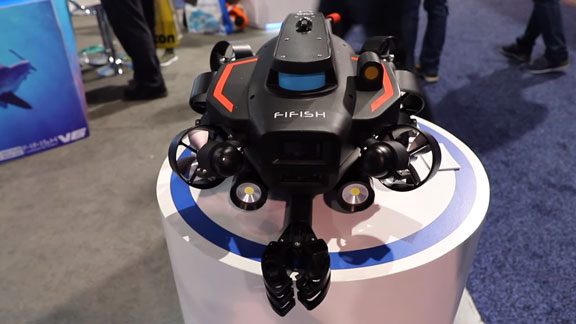 First thing I noticed looking at this underwater drone is how heavy duty it looks, basically to meet commercial standards, almost military-like. And really, after reading the article on Yahoo, that's what it looks like the Fifish W6 may be used for such as dock and hull inspection, along with aquaculture farming, maybe even search and rescue. 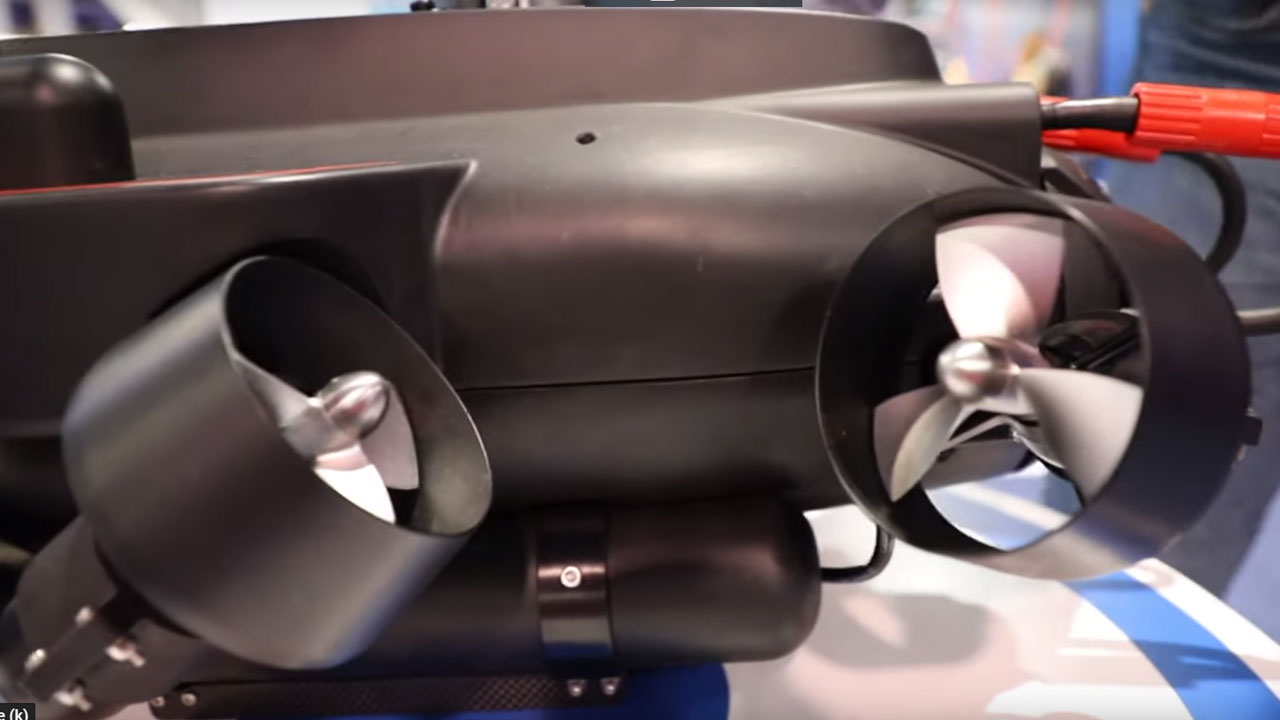 And if I'm not mistaken, are those propellers made from some type of light weight metal? They definitely look gray and have more metallic appearance and shine to them, however they may be some other form of tougher plastic considering numerous Fifish owners complained how gravel, weeds, and dirt off the bottom was eating away at their Fifish V6 props within just a few dives, maybe they finally upgraded the prop material? 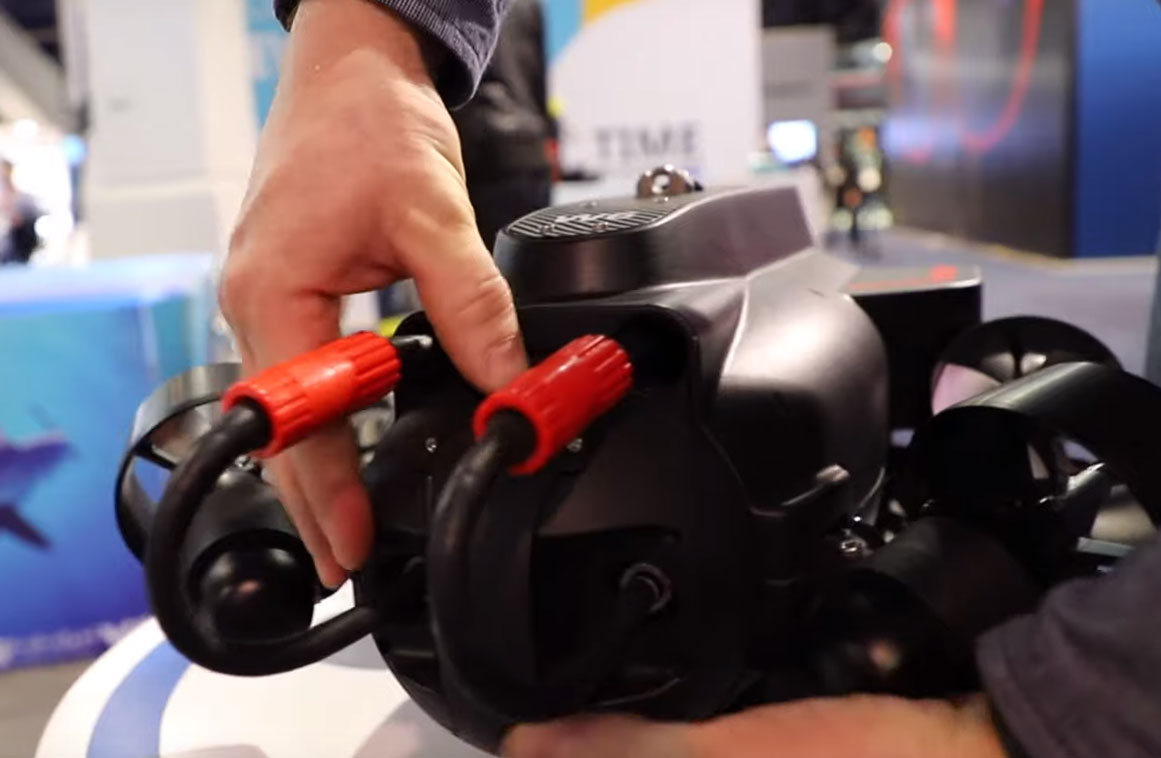 This article states there's going to be an 8 hour run time which sounds absolutely phenomenal. After watching the video, there does look to be a replaceable battery after watching the QYSEA rep bull the battery out, so maybe that means with numerous replaceable batteries you'll get that many hours? I'm not positive, maybe just one single battery will be capable of producing a 8 hour run time? 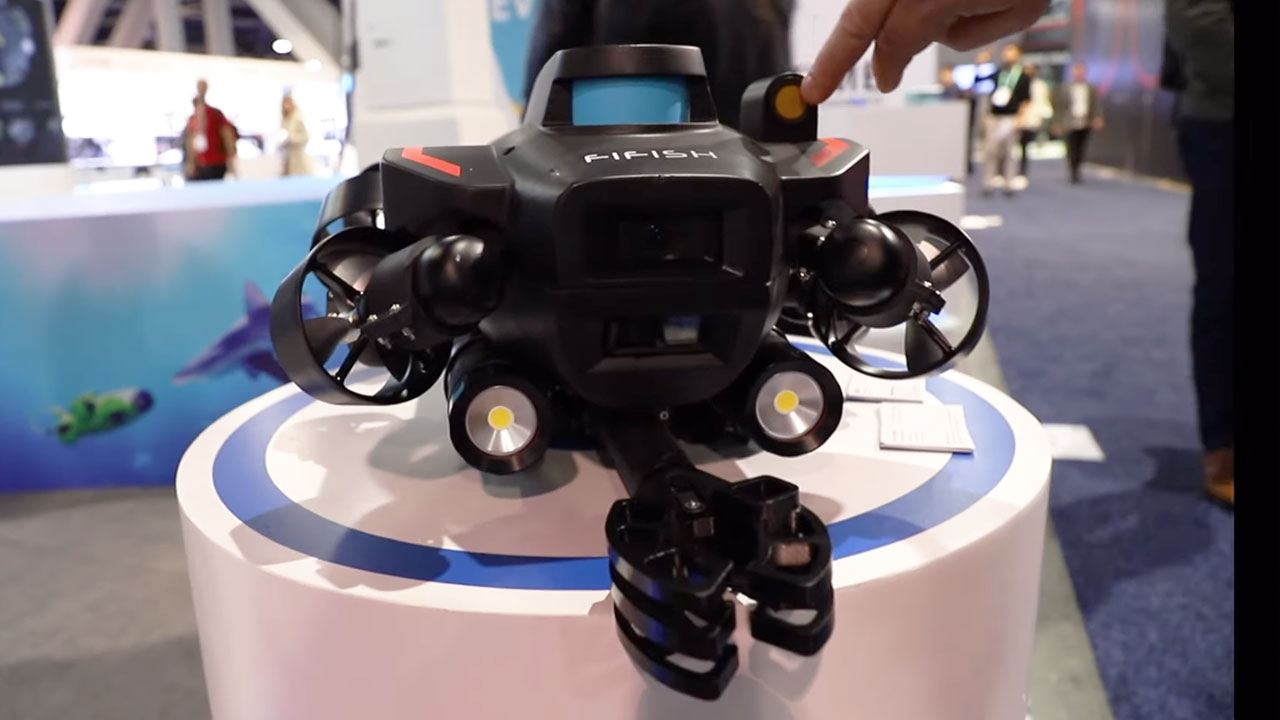 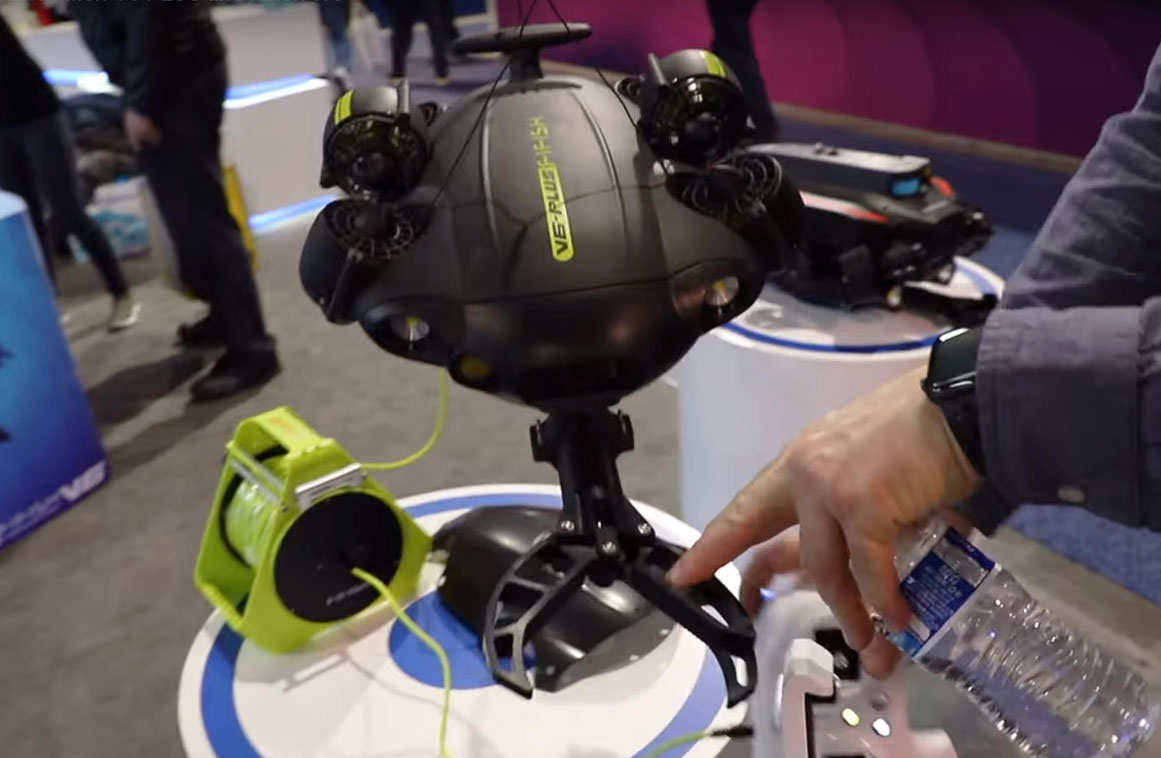 And finally we get to see QYSEA's claw on both the Fifish V6 Plus and also the W6, it looks to be very heavy duty and strong on both of these ROVs, as in the video you get to see the claw squeeze a bottle of water. I'm still wondering though if QYSEA will be working on the stabilization of the Fish V6, as I've noticed it does seem to make jerky movements in the water after watching numerous underwater videos over the past year, especially when there's any current. I'm not sure if QYSEA has improved it's stability yet or maybe even upgraded to a more stabilized camera? No information on any of those improvements, however they have introduced this new active distance lock feature, which means if the drone is knocked off course by tides, currents or some other turbulence in the water, it automatically moves back in the same position it originally was in. Pretty neat, supposedly no other ROV on the market has this feature yet.

The W6 will also be able to dive down to a depth of 300 meters, which is 984 feet, more than twice as much as the Geneinno T1 can do. And it will also feature dual 4k cameras, 10,000 lumens, along with a powerful sonar system. I mean I have to say, QYSEA has really outdone themselves with this powerful drone, I guess you could say it's even more powerful that Chasing's M2, which I was mighty impressed with and thought no one could top. But all this is just written on paper, these features are only good if the Fifish W6 functions properly, as I'm still hearing a few complaints on the Facebook group of a dropped wifi signal, along with a few other minor problems. I know some Fifish V6 owners are wondering how QYSEA could move on to the Fifish V6 Plus and W6 when they haven't fixed some of these problems with the Fifish V6... But really, this is what I expect at each annual technology trade show to be honest honest with you, just like the GoPro action cams. In order to improve technology, create hype and help market these ROVs, each drone company will have to come out with a model or new customizations and mods each year to try to impress it's consumers, to keep other drone companies from winning over consumers. I remember saying on the Facebook Groups let the drone wars begin, after seeing it recently get a little competitive on the Facebook groups, well it seems as though that's what's already happening.

I think the big question is, how much will the QYSEA Fifish W6 cost? How much will the claw attachment cost for the Fifish V6 Plus? And will this new robotic arm be able to be upgraded to the original Fifish V6? I see a lower part of the shell of the Fifish V6 sitting on the table in this video, you might of missed it, but I noticed it. Maybe you'll be able to ship your Fifish V6 into QYSEA for this new upgrade? A lot of questions need to be answered for original Fifish owners along with new hobbyists that may purchase a V6 Plus or W6 in the sometime future, and what happens with the P3...?

I must say, both Chasing Innovation and QYSEA sure have made a huge leap in technology, replaceable batteries and claw attachment is a huge upgrade for both of these underwater drones, but remind you, a claw attachment is just being discussed on the QYSEA side, they plan to, but so far we haven't seen any physical product in video or photo from Chasing. All in all for dependability and stability, I still think Chasing Innovation stands at #1. But for advancements and technological improvements, QYSEA again takes the top spot. Bottom line, nothing has changed in the leader-boards from my opinion, but maybe some will disagree and have a different opinion. I've been trying to get a hold of Will from Geneinno to ask him a few questions about my T1, so far I haven't heard back from him, I suspect he's been at the CES trade show. Curious what Geneinno has in-store for their line of drones, I know Will mentioned sonar and even a 7th thruster for the T1.

A lot of tough competition out there, I wonder if any of the drone companies get swallowed up like what happened to Fathom One? We'll see though what happens in the near future, ya never know, Chasing may lose that top spot for dependability and stability,
Last edited: Jan 16, 2020
You must log in or register to reply here.
Top