So both the Fifish V6 and Chasing M2 are rated at 3 knots, but it looks like the Fifish V6 beat the M2 in the race. I could really care less as I won't be buying an underwater drone for the speed feature, I'm sure others may, but I think very few. Most hobbyists are looking for an underwater drone that has great video quality, stability, durability, and long run time (replaceable battery). Even though the Fifish V6 beats the M2 in a race, it lacks big time in stability, durability and run time which the M2 will capitalize on. The Gladius Mini so far has outdone the Fifish V6 in stability and durability hands down!!!

However, what's a little weird and concerning is when the Chasing M2 backed up in an awkward diagonal like fashion. Usually when you backup it should be strain back not on an angle. Hopefully that gets sorted out before release. This video is very old, posted back in March 8 on the Fifish Owners Group, so you really shouldn't take this as quality footage of the Chasing M2, because this is before pre-release.

And really, there's no telling what speed setting the M2 was on, compared to the setting of the Fifish V6. What makes me also concerned how this was posted in the QYSEA Fifish Facebook group, like it's trying to show that Fifish V6 is better than the M2, very very very highly unlikely. All I can say is, I sure hope QYSEA gets all their defects sorted out with the V6+ like how the original Fifish V6 LED lights leak, how shaky the drone is in the ocean, among others complaints I've heard. Stabilization is a big factor in creating a quality underwater drone, I still haven't seen video footage from any of the drones as stable as the Gladius Mini. 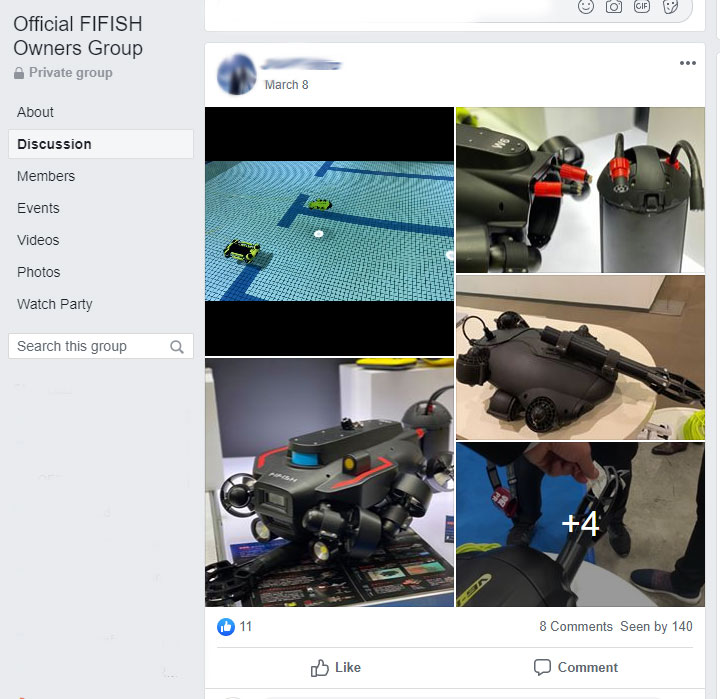 Sadly the video isn't public, but if you join the Fifish V6 Facebook Group you'll be able to see it.
Last edited: Jul 19, 2020
You must log in or register to reply here.
Top