One of the first modications I've seen done to the Chasing M2 underwater drone, this M2 was getting a lot of backscatter with the lights so close up to the camera in the Puget sound, so he decided to move them. He removed the handles from the outer frame, the lights were then removed from the front face plate and the holes were taped over to prevent prop wash. The new light arms are PVC and rotate on the rail so they won't fall off. They are fixed on the rail by the nylon screw so weight is minimal. The lights can be adjusted up and down in pre-dive, the full arm can also be swung inward for stoarge. He originally tried external lights, but even with floats on them it caused the M2 to shake a lot and it was due to the prop wash and the underwater drone trying to rebalance itself. This should give you Chasing M2 owners some new ideas on light modifications. 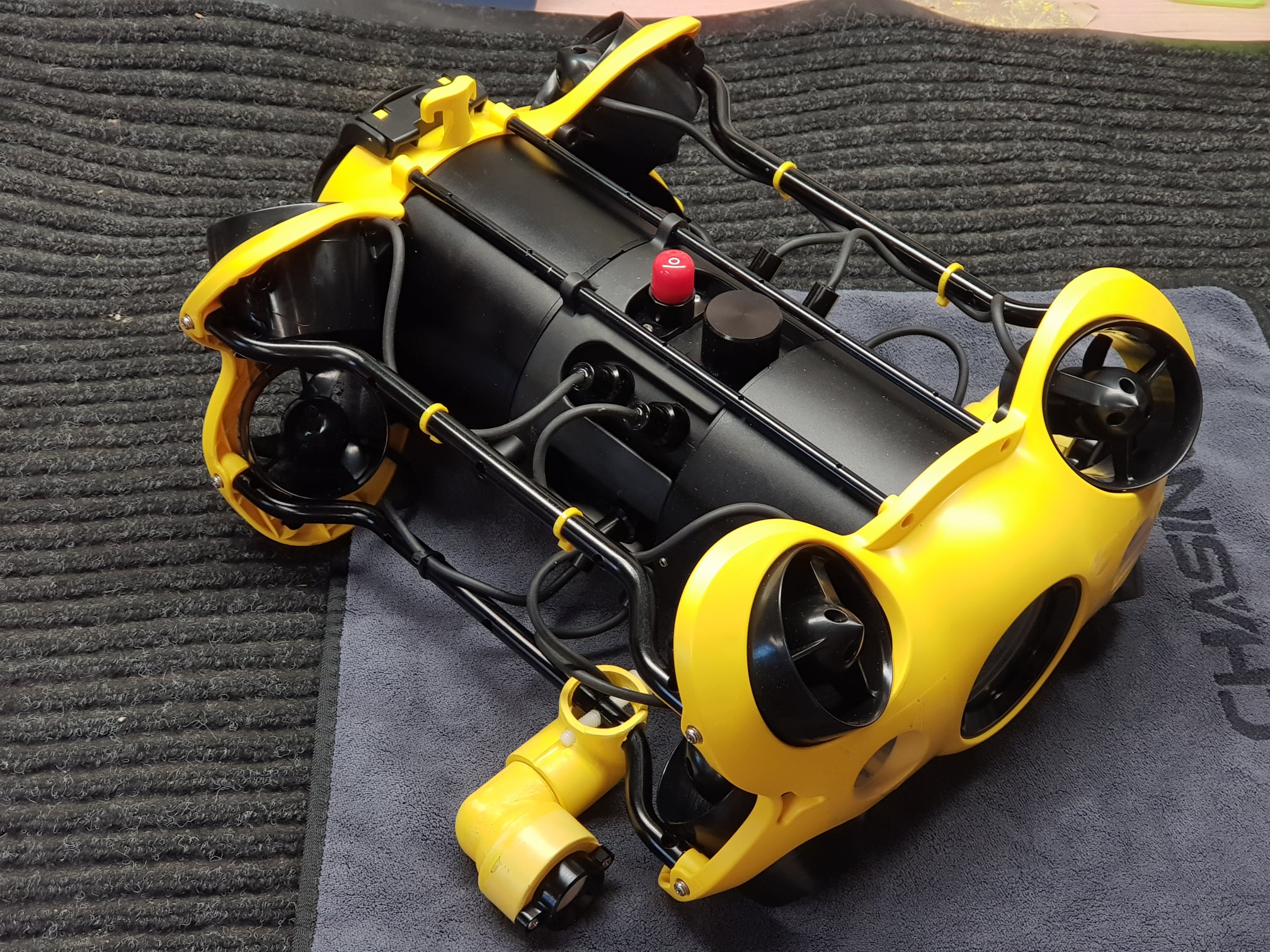 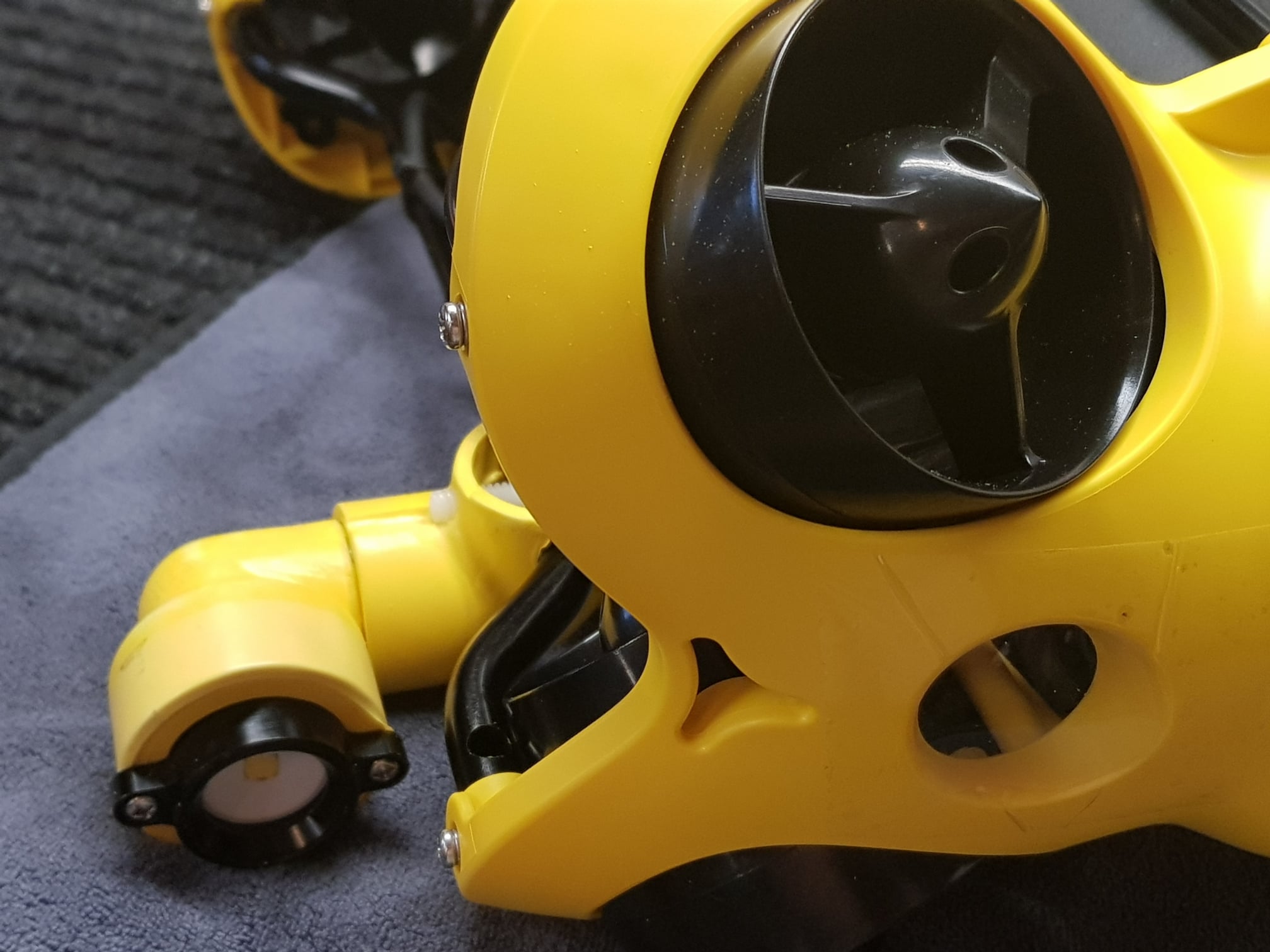 You must log in or register to reply here.
Top