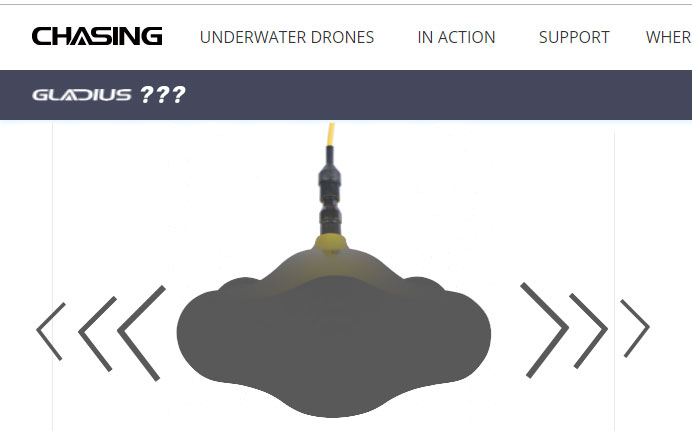 So I just got word that Chasing Innovation will yet again be revealing another new drone on January 7 at the 2020 CES, remind you they had just released the Chasing Dory not to long ago, making it the 3rd ROV, this will actually be the 4th. Knowing the company, I'm sure it's going to be quite an innovative drone with all sorts of new features, features that the Gladius Mini is lacking! So far, all I've heard is it's going to have lateral movement, but I expect the 1 hour run time to be raised to 4-5 hours to compete with the Titan, Fifish V6, and BW Space Pro. What else can we expect? Maybe finally a claw? I know the company has to be aware of the demand for something that'll pick up objects with the Gladius Mini, if they've been watching their Facebook Group with all the new innovations owners are coming up with, such as Ketil's custom robotic arm and another owner's fork claw. You think Chasing will finally respond with a claw or grabber of some sort?

I'm not so sure, I asked them a couple of months ago if they had any plans to add a claw or grabber to the Gladius Mini and they said sorry they don't have any plans. However, the keyword here was not "at this time." So maybe they have changed their mind with all the requests they've been getting and maybe that statement was just referring to the Gladius Mini and not the new model coming out. Anyways, at least add on some sort of extendable interface down below like the Geneinno Titan which would allow for new add-ons, I think that would be a smart move!


Chasing Innovation said:
At this time we don't have any plans to add a claw or grabber to the device, but we definitely take all suggestions into consideration and I will forward your feature request up to our development group for possible future implementation.

I truly hope that this does not dissuade you from considering our drone. As you mentioned, our DORY unit has amazing stability and the 45 degree tilt is amazing for taking video of the bottom of a body of water without risking bumping your unit onto the bed and getting debris into it. Also the 1080p camera and color correction in the app are invaluable in getting the best quality pictures and video out of your dive.

I hope the amazing features our drone currently offers are able to keep your interest. Let us know if you have any further questions or concerns.
Click to expand...

I feel like I should of waited a little longer before I purchased the Geneinno Titant T1, but if lateral movement and just a extra run time is all they have to offer, I'm still glad I bought the Titan instead. I mean Chasing Innovation is also know for it's stability, so if you're into professional photography and videography for the best underwater filming, this new drone may be something to wait for.

Even though the Gladius Mini has 1 hour run time, I have yet to see another underwater drone capture the essence of the ocean and freshwater lakes the Mini does, that's saying a lot. Sure they got a head start over other drone makers for the most part, but it's going on 3 years and they're still leading the way, especially with the Chasing Dory, which has become the most stable economic drone on the market. Anyways, with my new YouTube channel booting up, along with this forum, maybe they'll allow me to test this new drone and give a review, I sure would love too! I really want to see this hobby expand, this is a whole new niche market. And even though I purchased the Geneinno Titan, I want to see every company flourish so the technology improves faster! Remember competition is what drives innovation!

I'm sure Dustin Dunnill will get first dibs

. I have to say, I really enjoy that guy's channel, he has the most soft spoken voice, never makes a mistake speaking, and always provides a thorough review for drone owners so they can use that information to help them make the proper choice when purchasing an underwater drone. I have to admit, I didn't watch as many of his aerial drones videos as much as his underwater drone videos. But he still kind of influenced me into picking up the DJI Mavic Mini, which I also purchased over the Fimi X8 SE. Kind of like how I purchased the Titan over the Fifish V6. Dustin's videos truly are quite enticing to say the least!

I guess it's probably better I probably start off with a smaller drone like the Mavic Mini because I've already crashed it, lol, luckily it was just inside my house, not outside.

Anyways, I'll say this, the nice thing about these underwater drones is, you really can't crash them for the most part. Huge plus!!! I plan to use my DJI Mavic Mini over the water a lot and also in parks where there's a lot of trees, there's just so many different ways I can screw up then that's $400 dollars down the drain

. Hopefully in time, the $500 priced aerial drones will eventually come with front navigation sensors. As well as the technology improved on the Swellpro drone's, I was close to pulling the trigger on one of those waterproof drones, I thought it would be so cool to have both a waterproof aerial drone and underwater drone, but after seeing this video, it was a complete deal breaker for me. Especially when Swellpro and Urban Drones treated this drone owner like crap. I mean come on, what do you expect Swellpro? The truth not to come out? We're in the internet age where if anyone has an atrocious experience with a company, they're going to take their feelings straight to the web.

If you owner of a drone company, mark my words, either stand behind your drone and support those who've invest in your company or just watch your company crumble, word gets around fast. I suspect Swellpro's technology will be improved and the company will survive, but this video has definitely left a bad taste in my mouth. But hey, here I'm off getting on a tangent, nothing even related to this new exciting news from Chasing Innovation.

I for one may have to invest into two drones, one that has stable maneuverability for impeccable underwater filming, as well as an underwater drone that can pick stuff up off the bottom and bring it to the surface. Something tells me Chasing Innovation is primarily focusing on the filming route, but hey, they still may surprise me. I enjoy surprises, I just hope I don't feel guilty of purchasing the Titan and I could of waited for an underwater drone that has an all-in-one package which features 90 degree angle, lateral movement, stability, and even a claw. Time will only tell, I think it's just exciting to see what these drone companies are going to come out with next. I heard someone say 3D mapping, now that would be very beneficial for fishing,

So today, one of the Chasing Innovation rep said today that the new drone will have replaceable batteries. Which to me, actually sounds better than a one single 4-5 hour battery, which might be heavier and throw off the stability of the drone. Hey, maybe that's one of Chasing's secrets, smaller lighter battery for better stability, not sure, just a guess. But I'm sure having a properly balanced underwater drone, front to back, side to side is very important.

Chasing Innovations has just released a sneak peak of their new underwater drone to that's set to debut at 2020 CES.

I'm pretty hyped, I may buy this one for professional photography and videography, then use the Geneinno T1 for just grabbing fishing lures and other items on the bottom of the lake.

Again, this underwter drone supposedly will have replaceable batteries and also feature lateral movement, hence the angled side thrusters.

Chasing is known for their incredible stability, so I expect this drone to be great for professional filming. Replaceable batteries will be a game changer! 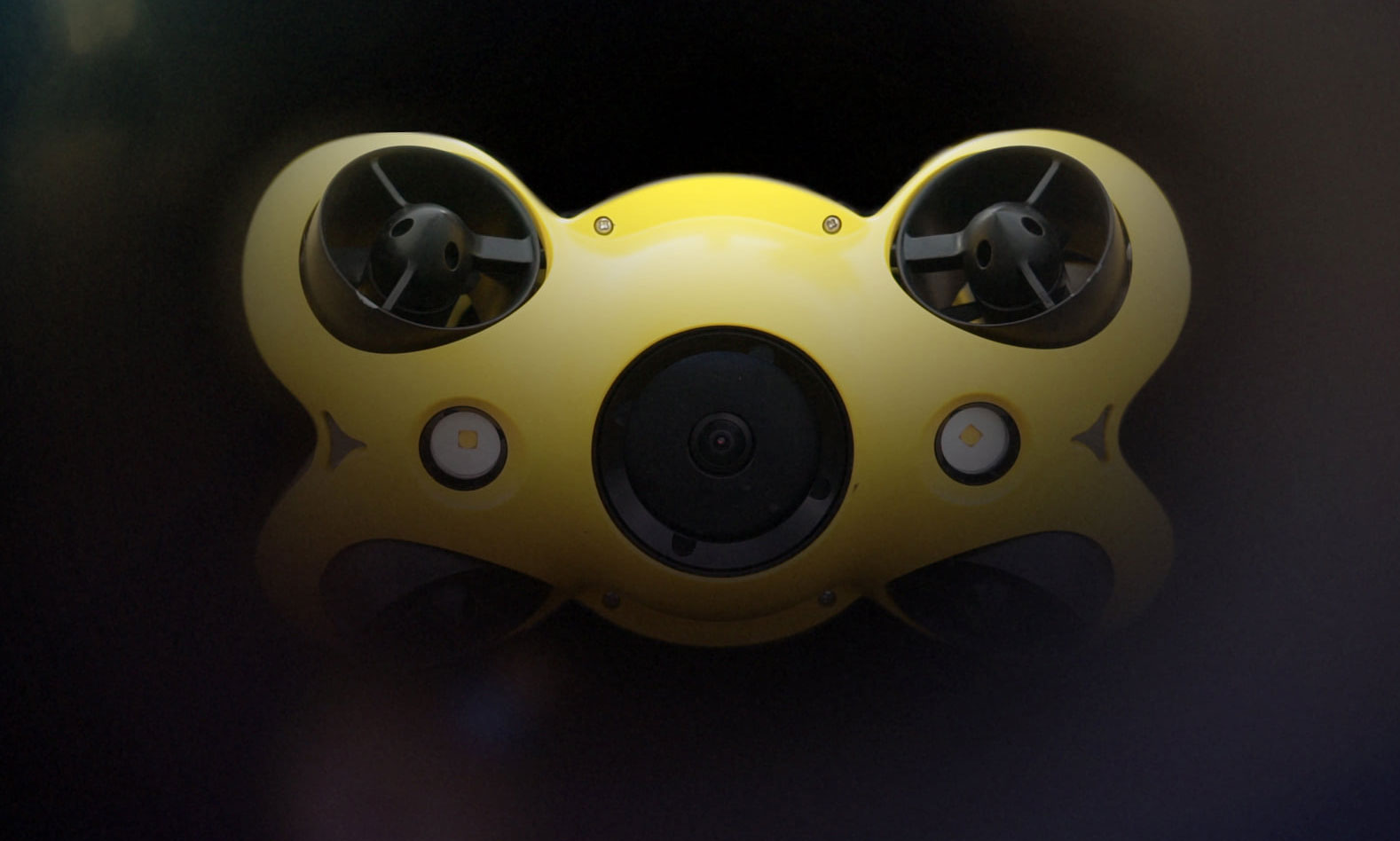 Well Chasing Innovation has just shown video footage of their new underwater drone at 2020 CES, to say I'm impressed is an understatement. They showed how precise and stable the lateral movement is moving through the water, but also how easily replaceable the battery is. And that this isn't the only item that is replaceable on the drone, an SD card can be slipped in and out of the underwater drone as well. To say this is a game changer is in understatement, I hope other drone companies are taking notice, because if they don't progress with their technology soon, I suspect Chasing will be taking over the entire marketplace.

One of Geneinno's founders asked me why I said Chasing Innovation and Gladius Mini is the most stable company and drone on the market? I'm sorry, isn't it obvious? I really love my T1, but I'm not going sit here and act like it's the top drone on the market, when it's not, the Mini is a much more precise and stable drone. And come April when the M2 is released with unlimited battery time due to replaceable batteries, lateral movement, along with plans for a robotic arm. Well Chasing has basically just decimated the competition, I'm not going to sugar coat it

The CMO and co-founder Jacky Yank remarked explicitly responded to my post saying that their moving on robotic arm technology. 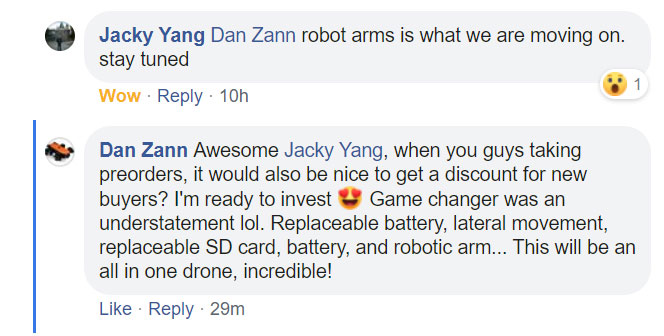 And considering how precise the M2 is with lateral movement, if you look at Terry's video down below, and I also see that the M2 rotates too... Why would anyone want to purchase any other drone on the market, when the M2 will basically have the whole package?

I guess what comes into play is affordability, as Chasing said the M2 will run around $2,000 - $2,500, so if you can't afford that price, I guess I could see some hobbyists going with the Fifish V6 or BW Space Pro in the $1400 range... But seriously, only $500-600 more for the M2 and you'll have so many more features, plus the accuracy, precision and stability that Chasing has offered since day one with their drones?

I expected this release to be pretty groundbreaking, but I'm realizing that this is an understatement. And like I said above, if the other drone companies don't play catchup soon, start offering technology that the M2 doesn't offer, along with matching the features like a replaceable battery, I suspect some drone companies will be going out of business. Chasing Innovations isn't playing!!! They plan to take a stranglehold of the underwater drone market completely, considering they also cover the most affordable ROV on the market as well, which is the Dory.


Here's a photo showing off the winder that will be coming with the Chasing M2, a lot of Gladius Mini owners were complaining about the crappy winder that came with the Mini, well this one supposedly automatically unwinds the tether making it completely effortless. The only worry I have with that is portability and if the motor inside breaks... But very innovative from Chasing Innovation, they definitely live by their name and motto!

I was a bit worried that they're primarily going to be focusing on just filming with the new M2, basically stability and precision to get the absolute most best quality underwater video footage for videographers and photographers, but it's obvious they're also focusing on treasure hunting with the robotic arm and probably other upcoming features as well. 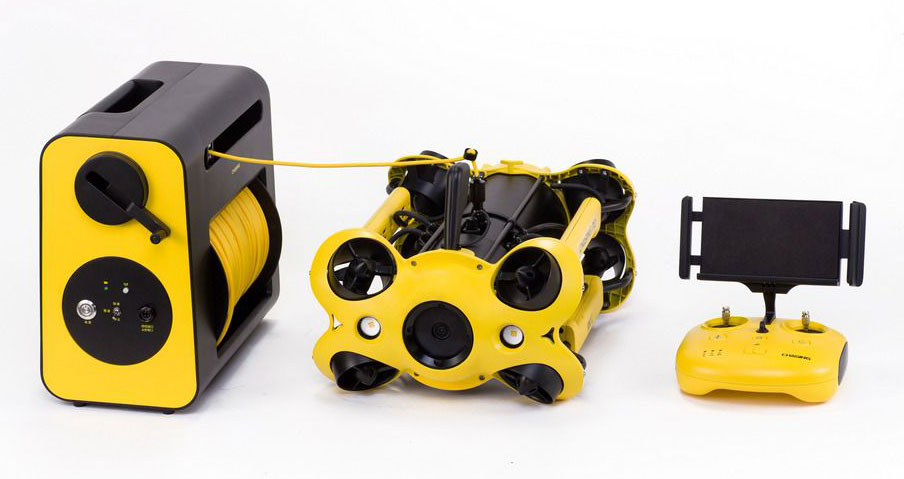 The M2 is starting to look more like a professional ROV such as the Blue Robotics BlueROV2, rather than a underwater drone like the Gladius Mini. 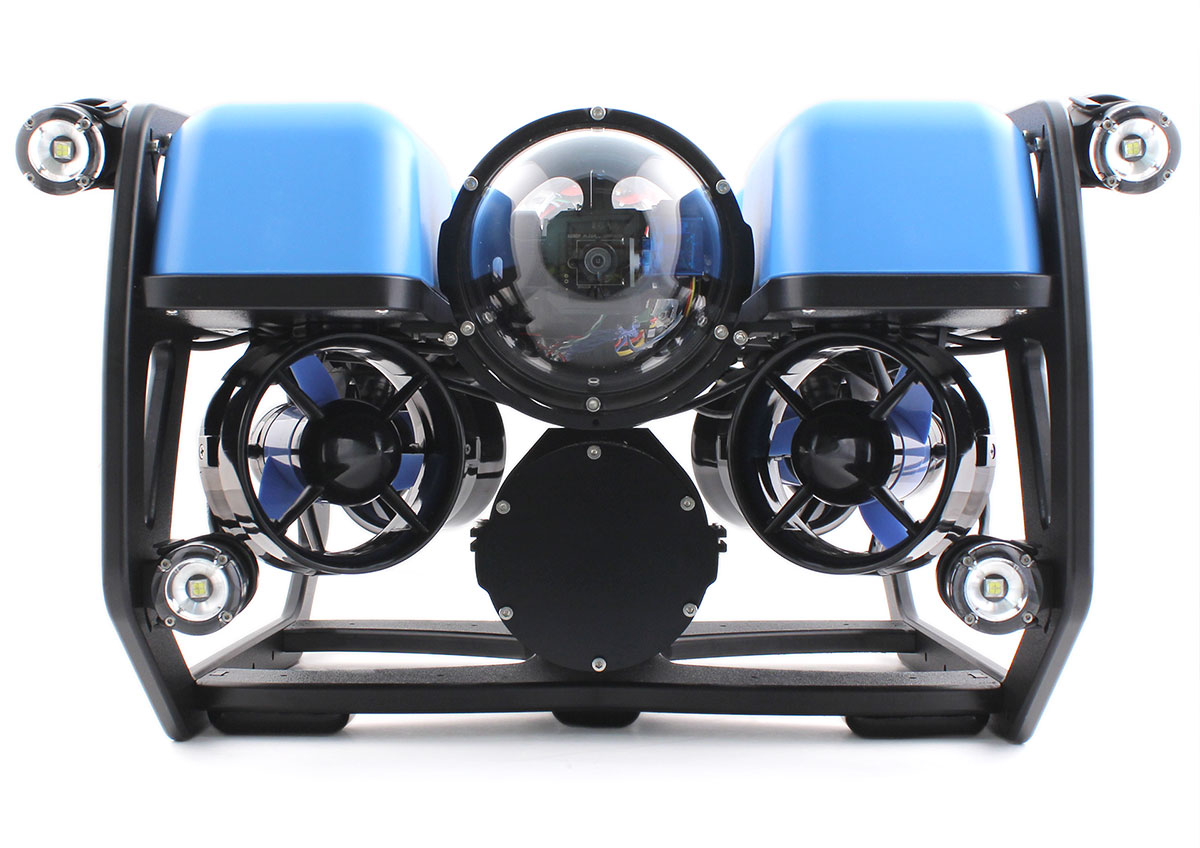